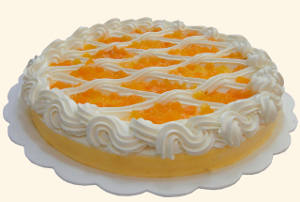 With the advent of the internet finding recipes has become easier, however you often find the right recipe only to find that the units are 'foreign'. Sometimes you will find the weights in grams or measurements in cups where the standard is different in the Canada to the US. Our site is designed to help you make sense of these measurements and to translate them to those you are comfortable with.

This section covers conversions of Imperial weights to Metric weights and vice versa, including pounds to kilograms and ounces to grams.

Standard temperatures for Gas Marks 1-9 are included together with oven temperature conversions between the Celcius (Centigrade) and Fahrenheit temperature scales.

Length conversions are less important in cooking but some recipes will specify a 10" baking tin or a 25cm cake tin and so we have included these conversions on the site. Included here are conversions for inches to centimetres and inches to millimetres

Cup measurements are often found in recipes in the United States and Canada, less commonly in other British Commonwealth countries and very rarely in British recipes. Our cup measurement section gives cups to millilitres conversions as well as cups to US fluid ounces and cups to Imperial fluid ounces.

Abbreviations are commonly found in recipes and we have compiled alist of most of those you wil come across. These have been sorted into groups as follows: weights, liquid volumes, lengths, temperatures, spoon sizes, energy, time, amounts and serving.